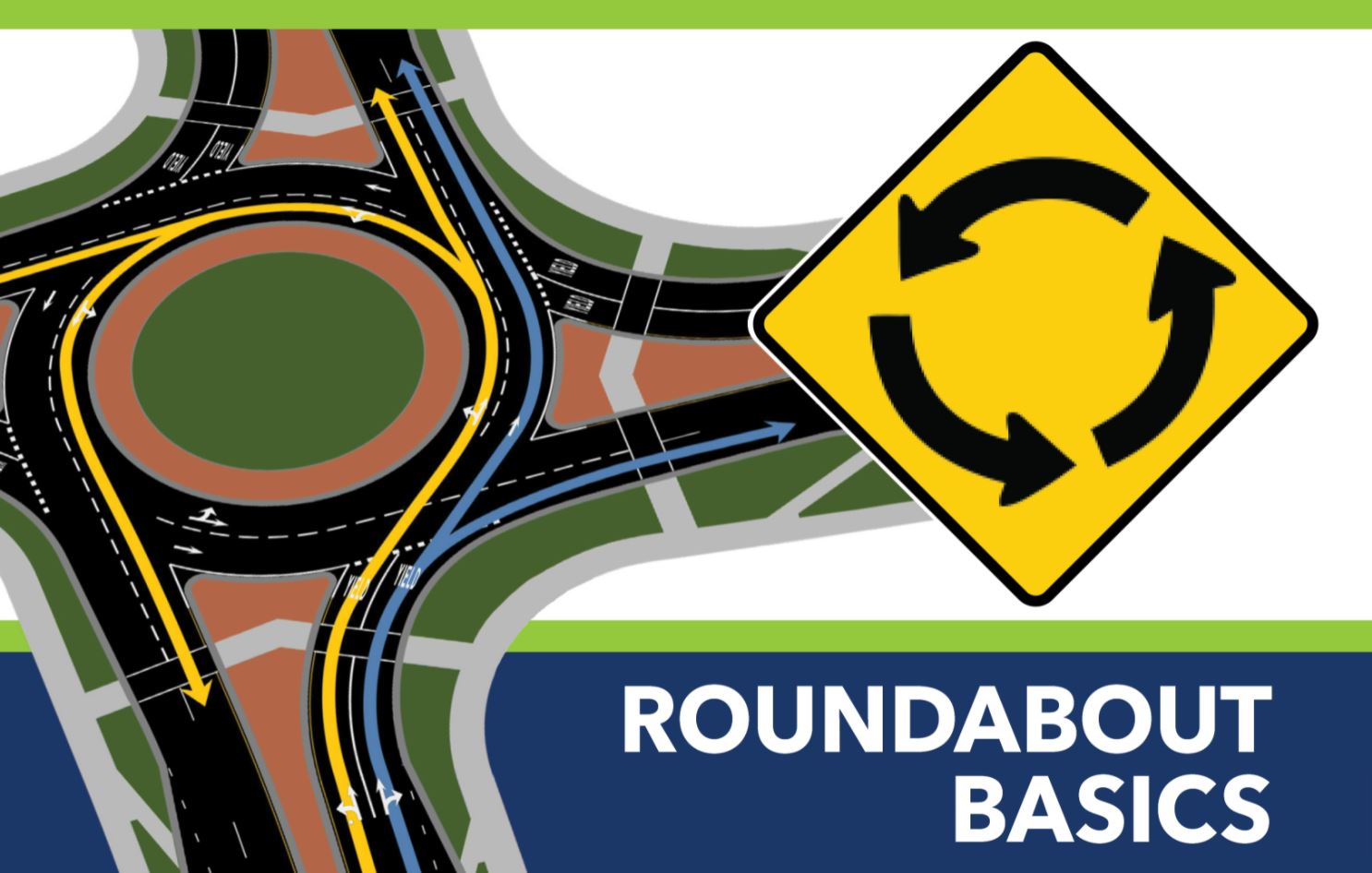 What is a Roundabout?

Modern roundabouts are becoming mainstream throughout Ohio and the United States. These circular intersections efficiently move traffic counterclockwise around a center island, offering efficiency, economic savings, and increased safety benefits to drivers and communities.  An intersection’s traffic volume and size are a few factors considered when deciding a roundabout is the preferred choice over a traffic light-controlled option in a location.

Roundabouts are one of the most effective intersection control treatments available with the added benefit of calming traffic. They limit vehicle speeds to approximately 20 mph and can control vehicle speeds on four approaches simultaneously.

Angle and left turn crashes account for 63% of fatal crashes at an intersection. These are typically more severe because of the speed and manner of impact.  A roundabout eliminates angle and left turn crashes by forcing vehicles to make a right turn in and a right turn out.  Crashes that do occur in a roundabout are sideswipe in nature and less severe due to low vehicle speeds. 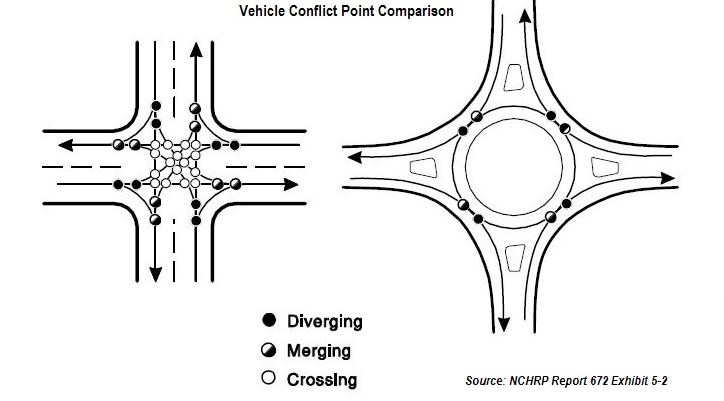 Pedestrian-versus-vehicle conflict points are also significantly fewer in a roundabout (as shown in the below diagram) with only eight as opposed to 32 at a conventional intersection.

There are many differences between roundabouts and traffic circles. Unlike traffic circles, roundabouts are used on higher volume streets to allocate right-of-way between competing intersection movements. Traffic circles often include stop signs or traffic signals and have a large diameter, which contributes to high circulating speeds; roundabouts have a smaller diameter, promoting low circulating speeds. Roundabouts have lower entry speeds compared to traffic circles and feature a yield at every entry point, promoting low speed and no weaving. Roundabouts are designed for lower-speed driving with all traffic moving in the same direction, eliminating left turns across traffic and creating fewer stress points that can cause crashes.

How much traffic can a roundabout accommodate?

How do semis, oversized loads, farm equipment, and other large vehicles navigate roundabouts?

The design of the intersection will allow oversized loads and other large vehicles to navigate the roundabout while still providing adequate visual and physical indicators to guide and slow passenger vehicles. One way this is accomplished is with truck aprons - an area between the central island and the traveled way that is mountable by larger vehicles but not used by passenger vehicles.

What about drivers who are not familiar with roundabouts?

Roundabouts are designed to be simple to use.  The geometry cues drivers to slow down, allowing more time for decisions. Once the driver reaches the yield line, they yield to traffic already in the roundabout. The only decision remaining is if the driver wants to take the first exit to turn right, the second exit to continue straight, the third exit to turn left, or the fourth exit to make a U-turn.

Rules of the Roundabout Video (Credit: City of Montgomery)

The Ohio Department of Transportation Videos

View the Ohio Department of Transportation’s roundabout rules videos, with the three levels of movement on roundabouts: