Ohio law directs the Greene County Coroner's Office to determine the cause, mode, and manner of death in all coroners' cases from both a medical and legal perspective. 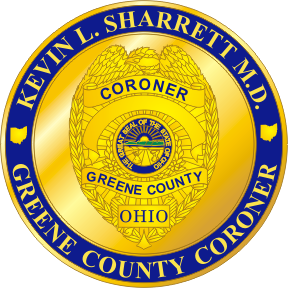 Dr. Kevin Sharrett has served Greene County as Coroner since 1997. Dr. Sharrett is a 1991 graduate of the Wright State University School of Medicine and also has a family practice in Jamestown.

The Greene County Coroner's Office is honored to be certified by the National Association of Medical Examiners for Excellence in Death Investigation. The Greene County Coroner's Office is one of a few counties in the State of Ohio to be awarded this high honor. The highly qualified staff is on call 24 hours per day to investigate deaths when they occur.

What cases are considered Coroners Cases

Ohio Law requires the county coroner to investigate the circumstances and determine the cause, mode, and manor of the death. When a person dies under any of these situations the death must be reported to the coroners office to determine what the procedure will be. 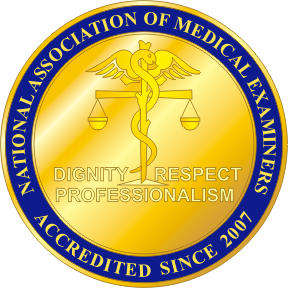 The Greene County Coroner’s Office has been accredited by the National Association of Medical Examiners (NAME) since 2000. We are one of only four Coroner’s Offices in Ohio to be accredited. We are extremely proud of this accomplishment.