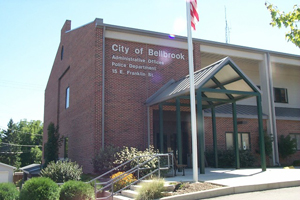 The City of Bellbrook was settled in 1816 and was named for one of its
founders, Stephen Bell.

The city first attained a population of over 5,000 in 1970 when Bellbrook annexed a large part of western Sugarcreek Township. This led to official city status in 1974.