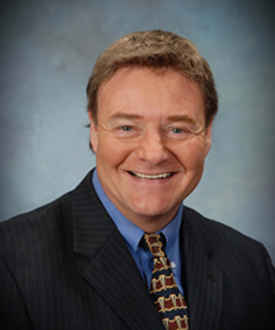 Judge Michael Buckwalter was born and raised in Greene County, Ohio where he continues to reside today. Mike graduated from Xenia High School in 1975. He earned his Bachelor of Science degree from Wright State University in 1981. He graduated from the University of Dayton School of Law in 1984. While in law school, Mike worked as a law clerk for several judges in Greene County Common Pleas Court, including but not limited to:
Mike also earned the distinct honor of being selected to the National Moot Court Team while at the University of Dayton.

Mike passed the bar exam and became a licensed attorney in 1984 thereby starting his private practice as well as working as an assistant prosecuting attorney with the Greene County Prosecutor’s office. He continued his post-graduate education attending both Northwestern University and Harvard Law School. He is admitted to practice in all state courts in Ohio and has argued successfully before the Ohio Supreme Court. He is also admitted to practice in the United States District Courts for both the Northern and Southern Districts of Ohio as well as the United States Court of Appeals for the Sixth Circuit.

In 1997, the readers of the Greene County Dailies honored Mike by voting him the “Best in Greene County” in the attorney category. He is one of a few attorneys who became certified as a civil trial attorney by the National Board of Trial Advocacy. Mike has a strong sense of civic duty. Mike is active in the Volunteer Lawyers Project representing the elderly and others without charge for legal issues they face. He is also active with the Honor Flight organization which raises funds for World War II veterans to be transported to Washington, D.C., to see the memorial erected in honor of their service to our country. As Greene County Bar Association President, Mike has brought the Wills for Heroes organization to Greene County. This program provides wills and other probate documents to police, firemen, EMS, and other first responder personnel at no cost to them.

Mike has participated on the YMCA fund raising board as well as being a supporter of the Cedarville After Prom, Greene County Council on Aging, and Interfaith Hospitality Network of Greene County, Inc.